American Airlines repair hanger in Columbus provides repair and maintenance for Americans fleet of jets. This facility typically services five aircraft per night but has the capacity to service up to seven. Planes fly into the Columbus airport and are serviced or repaired at night and return the next morning to run their regular routes throughout the country. Dependability of the equipment and service techs at this facility is mission critical to ensuring the safety of passengers but also the continuity of service and routes. If a plane is not returned to service the next day another will have to be brought in from a different and possibly remote location costing time and money.

The Columbus facility was constructed pre-World War II, and at one time served as a manufacturing facility for the war effort. American Airlines established the repair facility in the existing hanger in 2000. Two power operated folding overhead doors allow for planes to enter and exit the repair hanger bays. These doors are the only means of getting planes in and out of the facility. At nearly eighty years old they had reached the end of their lifecycle. Parts were no longer available for the doors so if repairs were needed it could take several weeks to have the parts made or alternatives retrofitted to return the door into service. American Airlines sought out replacements to ensure dependability of service of their fleet but additionally to allow for servicing larger aircraft from Columbus.

Megadoors manufactured by Assa Abloy were chosen as the best fit to replace the aging doors. The lightweight design and increased overhead space when fully retracted made this choice easy. Their doors are translucent, and their honeycomb design provides insulation value, as well. Ozanne Construction Company was chosen as the general contractor for the door replacement because of their experience working in airports and high security sites. Ozanne has a history of delivering projects on time and on budget so it made them an easy choice for the work.

In July of 2018 Ozanne met on site with American Airlines project manager Jon Knausz and Megadoor project manager Pierre Varlamoff. American needed the facility ready to receive Embraer E 175 aircraft that, due to the door height restrictions, had not previously been serviced in Columbus. The new doors would need to be in place in the first quarter of 2019 to meet the schedule of new aircraft. Design work began on the structural, mechanical, and electrical work that needed to be completed prior to installing the new door. FSB would be the designer for the project. Their extensive knowledge of AA facilities and aircraft made them the logical choice. Ben Wallace and Randy McDaniel headed up the design work for FSB. Within one months’ time the documents had been developed to a point that coordination between existing site conditions and Megadoor specifications was needed. Ozanne worked through those details bridging the design team located in Oklahoma with the Megadoor team located in Atlanta on a project site in Columbus Ohio.

Over the years the building had had several occupants and the infrastructure of their operations remained in many areas of the building. Most of those existing building components were no longer used for the current operations of AA. Existing overhead electrical, roof drain piping, sprinkler piping and heads, steel and wood catwalks, structural supports for the old doors, and heavy door counterweights needed to be removed to create overhead space for the new doors to stack. Ozanne provided field documentation of the existing conditions and updated this information throughout design. The building electrical distribution was updated when AA took over the facility, but the new doors required different voltage and new power feeds and control wiring would be required. Ozanne identified the pathways and equipment in the field and worked with the design team to document those conditions which helped control cost for the owner by eliminating most of the unknown or unforeseen conditions. Permit drawings were completed in September of 2018 and a permit was issued in early October. 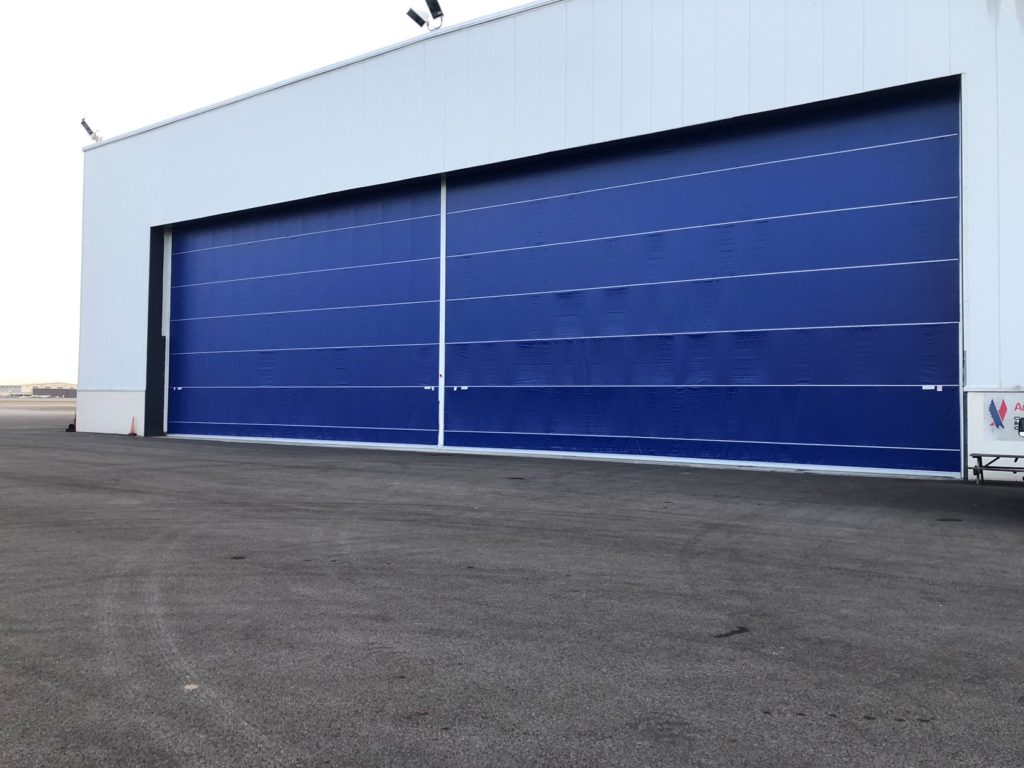 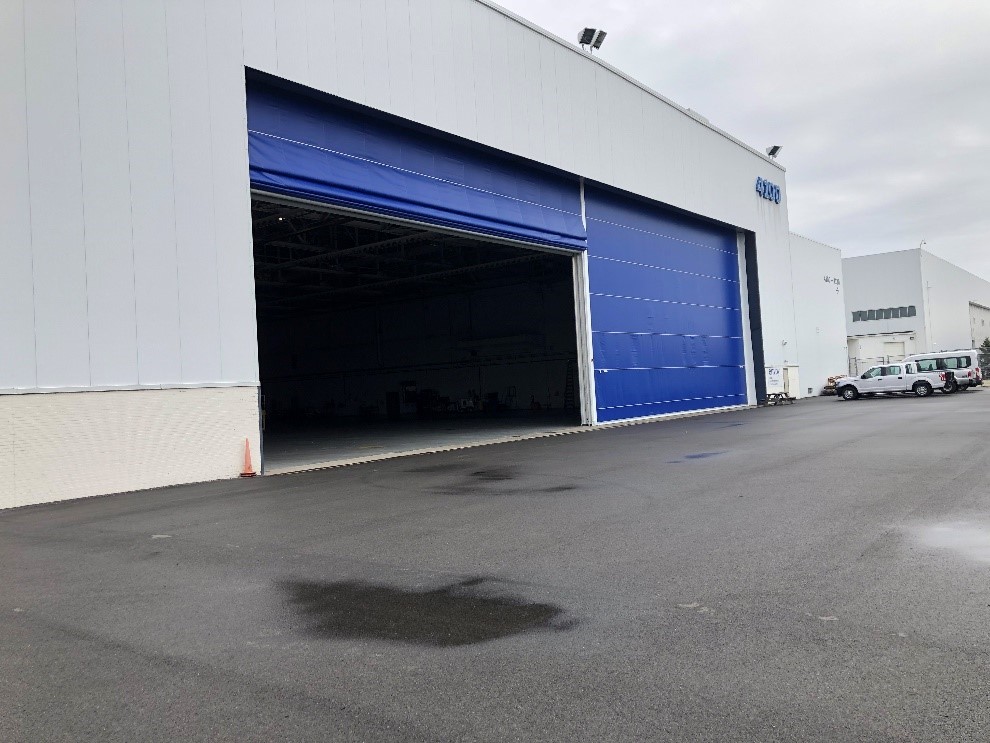